Kai’s secret is now known by the two people he cares about most, including his older housemate and her best friend.

But when fate brings him into contact with his beautiful classmate, and her equally attractive mother, just how far will he go to quite literally 'save their lives' when disaster strikes? 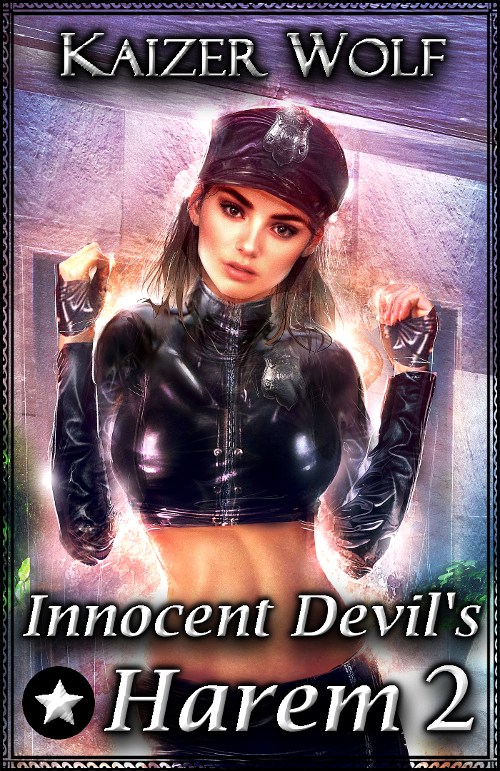 Start reading this entire series on Patreon for only $2 (over a $30 value).

Kai’s secret is now known by the two people he cares about most, including his older housemate and her best friend.

But when fate brings him into contact with his beautiful classmate, and her equally attractive mother, just how far will he go to quite literally 'save their lives' when disaster strikes?


Gumroad - $3.99
FREE for supporters on Patreon

Or begin with Chapter 1 for free:

I abruptly woke up in midstride in the middle of a forest, shocked to realize I was running as fast as I could.

Immediately confused as hell, I quickly slid to a halt in the dirt, looking around uncertainly at the trees as my memory slowly began trickling back, as if I was waking up from a deep sleep.

Gasping, I unexpectedly recalled what I’d just been doing, having shot myself in the arm several times in order to see what would happen if I got hurt badly enough, realizing that Gabriella was nowhere in sight. My stomach suddenly felt like a ball of lead when it dawned on me that I must have been sleepwalking, just like she’d done back at the house when she attacked Serenity.

Without hesitation, I turned around and began bolting back the way I’d come, my shoes kicking up dirt as I tried to speed up.

Shit, please tell me I didn’t hurt her!

Why didn’t I consider this as a possibility?! I never imagined it would happen so quickly, but still!

Of course, the bullet wounds in my arm were healed, but that only made my panic worse, terrified that I might have gone for her instead of the deer. However, after a few more seconds, I picked up on her scent, shifting directions slightly as I ran as hard as I could, desperate to get to her.

I almost felt like I was going to cry when I finally spotted her, running in my direction, seemingly unharmed. Her chin-length hair was still a more vibrant red than usual, as well as her emerald eyes, her skin a deep tan.

I didn’t slow down until I was right upon her, abruptly coming to a halt again as she leapt into my arms, wrapping her legs around my waist and holding me tightly. I could smell her panic, and almost wanted to ask if she was alright instead, but knew from her scent that she was truly okay physically.

I hadn’t harmed her.

Or at least, not enough that she couldn’t recover from it…

“What happened?” I finally managed, still holding her in a firm embrace.

She dropped her legs, resting her feet back down on the ground and pulling away slightly to look up at me. Her voice was low. “Seems like you did what I did earlier,” she explained quietly, almost as if she were sharing a secret that she didn’t want others to overhear. “Just after you said you were going to pass out, you started growling and attacked the deer.” She grimaced. “And once you were done, you just took off. I’ve been chasing you for only about a minute, but you were way too fast for me to keep up.”

I sighed heavily, feeling relieved, but also wanting to clarify that I hadn’t attacked her. “I’m really sorry. But I didn’t hurt you, right?”

She shook her head. “No. I admit that it was a little scary, but you completely ignored me.”

“And you ignored me,” I realized, recalling that she didn’t remember waking up until she was already downstairs, even though I’d been lying right next to her. “Still, I really don’t like this. We could accidentally kill someone if we aren’t careful.”

She cringed, knowing that was in fact what might have happened back at the house, only for her to become pensive, her thin red eyebrows knitting together.

“Yeah, but really, most people live their entire lives without being fatally wounded. So if we just avoid dangerous situations, then we should be fine.” She then grimaced. “Assuming that it happening to me when I wasn’t fatally wounded was only a fluke,” she added quietly. “Like a ‘first-time transformed’ kind of thing.”

I considered that for a moment. “Yeah, I guess that may be true. Obviously, I’ve gone my whole life without this being a problem until now.” I then smiled warmly at her. “You really amaze me.”

“I do?” she replied in surprise.

“Yep. This whole thing was making me feel really anxious and stressed, but you made me realize this might not be too much of a problem, so long as we can avoid getting seriously hurt. So thanks for that,” I added, leaning forward to rest my lips briefly on hers.

Shockingly, she moaned when our lips met, leaning more heavily into my embrace as her intoxicating aroma strengthened, only for her hands to suddenly slip down and begin tugging on my black gym shorts.

I pulled back slightly in surprise, even as she reached through the opening in my boxers to wrap her fingers around my limp member, kneading it in her grasp.

“You want to do this here?” I said in sincere confusion, mostly due to the abruptness of it.

“Yes please,” she whispered, reaching up with her free hand to pull my face back down to hers. She then broke the kiss just long enough to continue, her eyes closed. “No rules this time.”